Wow... Where to start...??
The beauty of the nature, which is incredible?
The people you meet on the road and who become friends in no time because of this amazing shared adventure?
The challenge of pain and no motivation, weather and cold?
The feeling when you first realize your body is capable of things you could never imagine?
The feeling of real fear when you realize you're alone in the mountains and there is a landslide area and just in case something happens (which of course never would.... or would it...?) there's nobody around for at least 5 kilometers?

It is all worth a whole post but I'll try in one. About the nature... Lets say it in pictures. 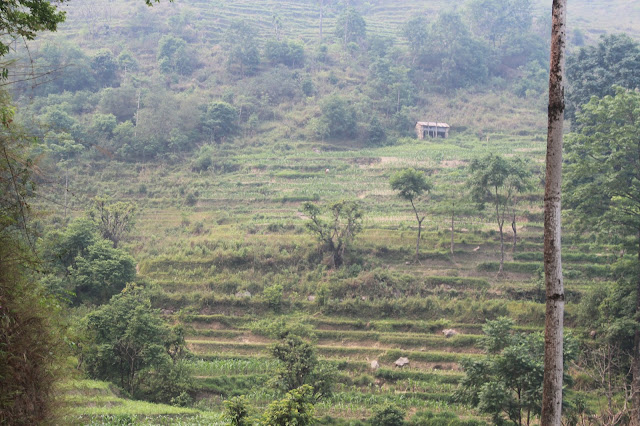 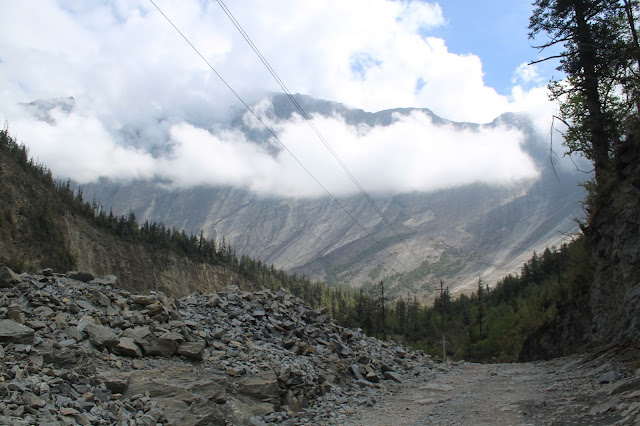 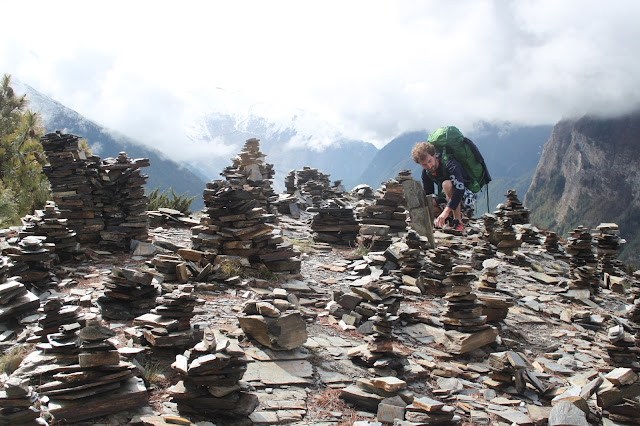 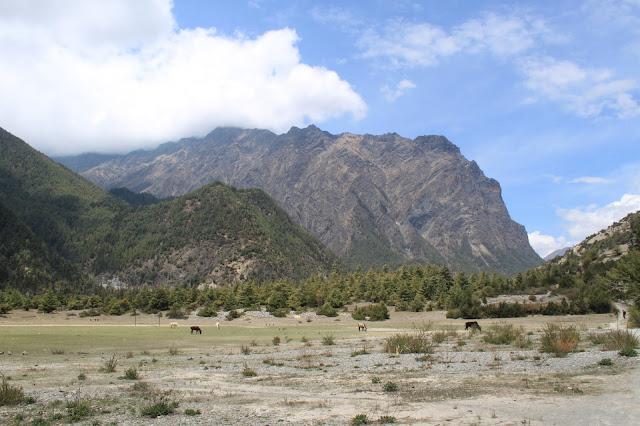 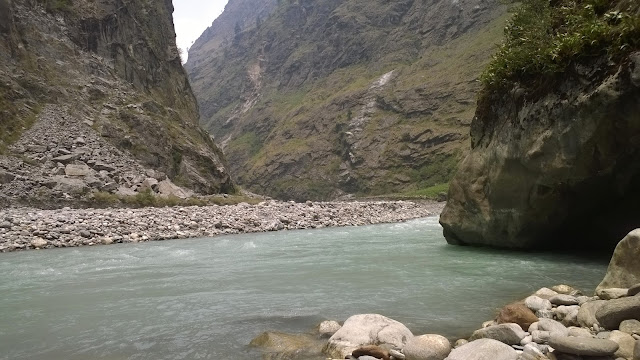 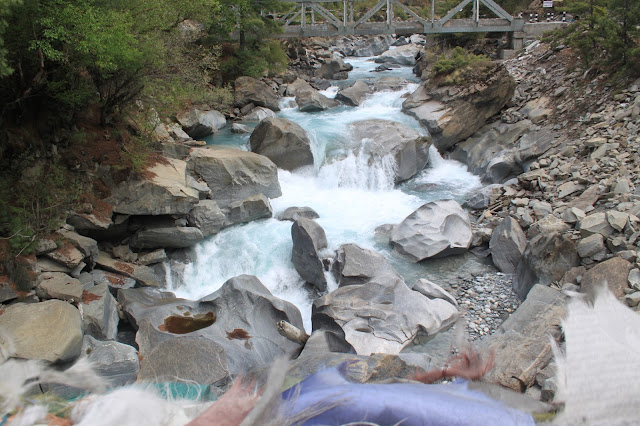 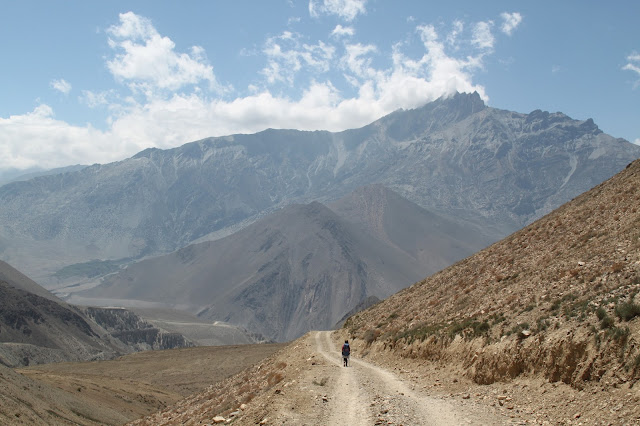 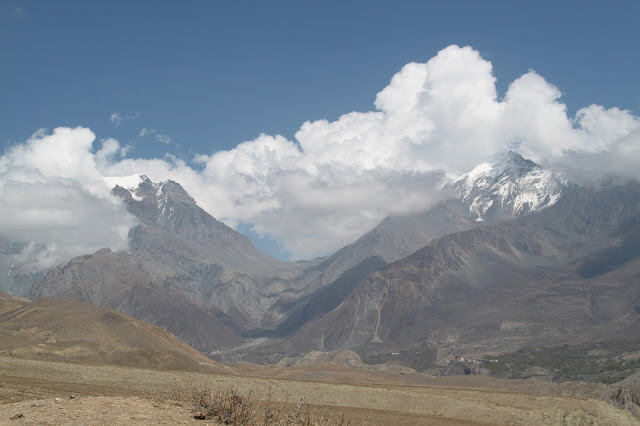 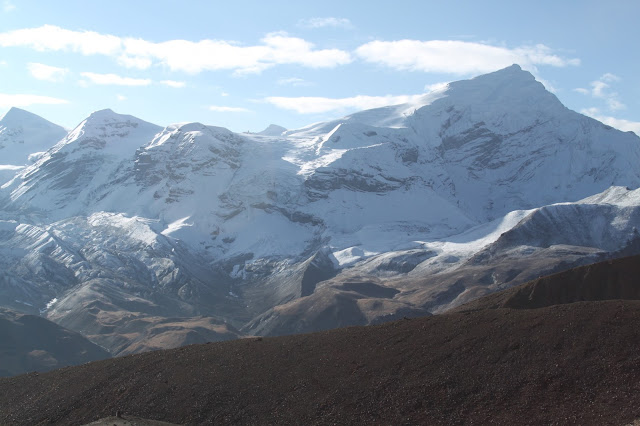 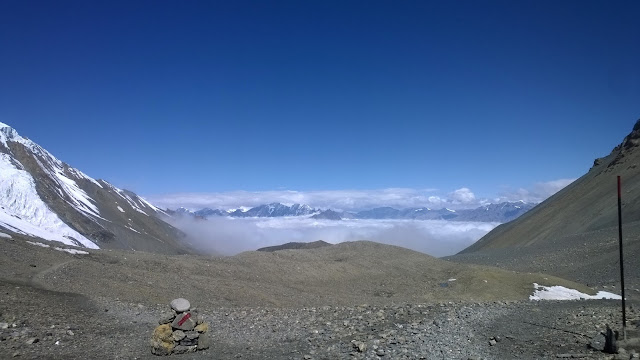 Going together really brings people together. Without the support of friends, cookies, nice words to the right time etc. it is even harder so just thank you all you beautiful people for going parts of the way with me! 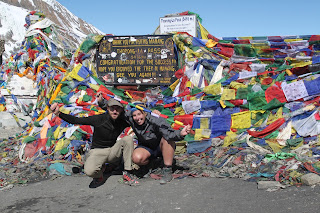 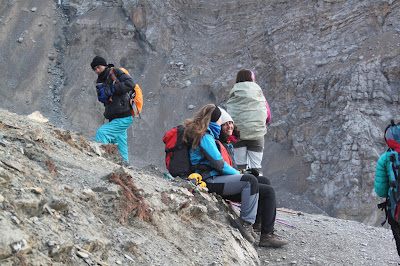 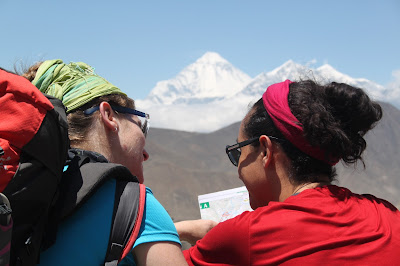 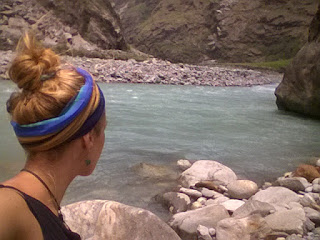 The next two points are harder to explain. I can just say.. This experience was unique! Growing up in safety we (or at least I) was not used to put myself in a situation, where I have to give up the control. Don't get me wrong, it is all about the mind, of course. You might think you're tired but if you have to your body is definitely capable of going 5 more kilometers (or more.). But that's the thing: if you have to. I do a lot of sports and I thought, I know my limits. I wasn't stoping sports when I was hurt in Germany either, just take it more relaxed or whatever. But this is different. Imagine you're in pain, real pain and you need to stop. Or you're tired. Or you feel the AMS coming (mountain sickness). And there is no coffee shop around. No lodge. Not even other people. You have to keep on going. And just hoping it will be okay. A friend once said: "At one point you have to accept the nature has more power. But the nature isn't bad." Another friend quoted some American president (no names): "You're going through hell? Keep going." That's it. For me as a complaining German was it really good to experience that sometimes it doesn't help to complain. Either you go further or you sit down for 2 minutes and then go further. The only alternative (which is none) is to sleep outside in the mountains. And that's cold. And potentially dangerous.

I've head some great pain during the trek (damn you, hip!) but the only really dangerous situation happend to me, when I was alone (you shouldn't walk alone, at least not in an altitude above 3500 - but it was the first trek and I thought it would be okay...): I've started quiet late and it was almost evening. I was somewhere between 3500 and 4200 meters and I was all alone, hadn't seen any person in hours. It was about 4 kilometers to the next village (everyone who never hiked in the mountains: 1 kilometer can be 15 minutes or 4 hours. Depends on the ground/rise etc.) and I had to cross a bridge. There were 2 and I chose the second one, half a k further. As I went down I saw 2 vultures  - really big ones - one always at one spot, the other flying out, looking nervously on me - flying back. Later I found out that they had a nest down there but for the moment I was just a little alert. The more I got down to the bridge, the more nervous got the bird and finally he flew in my direction and stood 10 meters away showing his wingspread (can be about 3 meters). We looked at each other and I became aware that it was only the two of us. Him bigger and and in his territory and me tired, with a hurting hip and with a precipice of round about 30 meters next to me. I decided to walk the 500m back and took the other bridge. Still a little nervous I arrived at the other side - just to find out it was a landslide area. With a path of not more that 20 cm directly next to the precipice. And the path was going up. I decided to have some cookies and couldn't have been any luckier when 2 other trekkers arrived 10 minutes later. I made sure that they were behind me and finished my last 4 km of this day. The thing with landslide is this: if you put your foot carefully one step ahead it will break and you'll loose balance. So I just walked and heard the stones under my feet falling down 30-50 meters. After this I never walked alone again.

But here's the thing: If you have to finish it, you will finish it. There is no way to don't do it (besides calling the helicopter, which will cost you a lot of money and even if - in 4000m you don't really get phone connection that easily...) Seeing my body just do it, even when I was sure I couldn't do it was one of the most inspiring experiences in my whole life.
I met a lot of people who had AMS, got blind on the way, had fully taped feet, were sick or exhausted or just really tired. And almost all of them made it. I heard stories of rocks falling down half a meter in front of your head, people being alone somewhere with some wolfs (or vultures...) and other dangerous situations. And for the first time I did understand that it can be really easy to die. Nothing happend to any of my friends or me, we all survived and we all made it over the pass (5416 m !!!) but the feeling of not only having another adventure but having some actual dangerous situations was something completely new and it brought a lot of new ways of thinking to me. 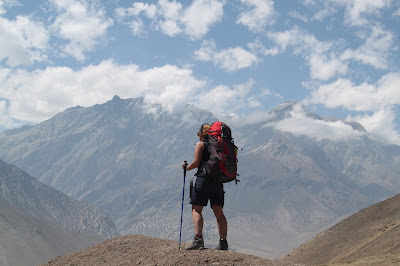 Now I wanna paraglide as soon as possible! :D

So what I learned from the trek: everything is possible. You're much stronger than you think (even if you're already sure that you're strong like I was). Nature is big, incredible and beautiful but also scary and overwhelming. Walking is one of the best meditations ever. It is super funny how different people react (some stop eating, some eat 3 times as much as down, some become exhausted, some become just supportive .... this goes on forever!). Next time I'll bring my Ipoad cable (!!!!). The nights are damn cold (!!!!) Everything is better with friends, even if you don't speak for hours (or sometimes especially then). The little villages in the mountains are outstanding beautiful! 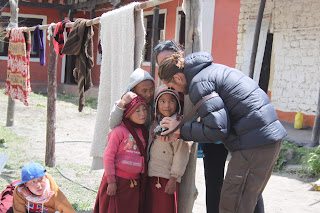 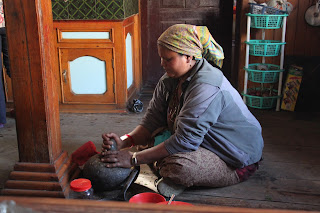 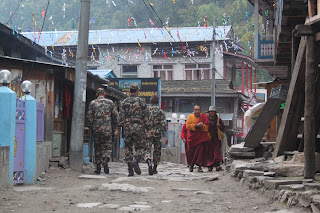 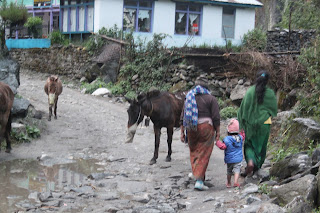 ...And a lot more which is too private to share. 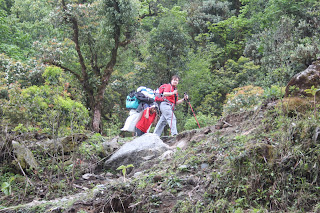 And one thing for all the tourists with porters and guides: Guys. Seriously. I do understand that someone needs a porter who's old. Or hurt. Or if you pay him fair I even understand if you just want one (for me, carrying your own stuff is part of the challenge but everyones's different) BUT I will have no understanding or compassion EVER for those of you who give your porter more to carry than necessary. I saw porters carrying 50 kilo. This is NOT okay! Even if he accepts (which he probably does because he really needs the money) it is too much for one person! If you really need 50 kilos (who the hell needs that on a trek????) goddamn take and pay two porters!!! NO understanding for the sentence "Well I don't have to carry it, so I could bring it!" No way guys! I really hope the karma will put you in a donkey life next so you'll have to carry a lot!
And for those who take porters and guides and treat them fair: well your choice but hey, just give it a thought if the experience could be much deeper if you discover on your own and make it over the pass/to the top with your own stuff on your back... We all can! 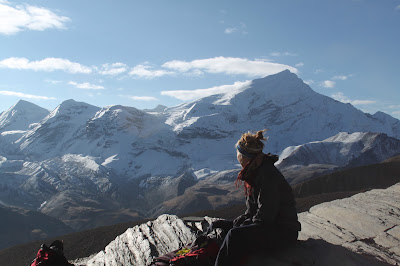 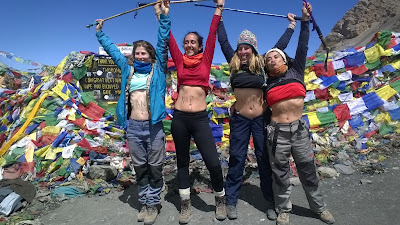 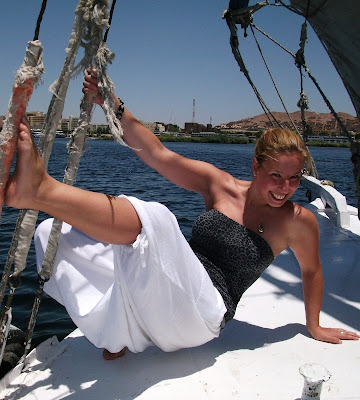